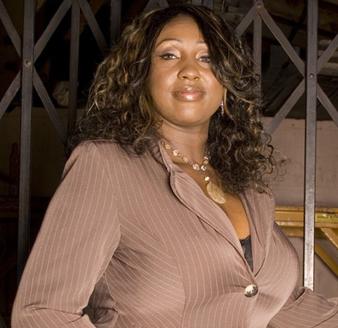 ​“SUGA-T” Stevens, is the “First Lady” of her family rap group “THE CLICK,” and sister of Icon Rap Star E40 admired for a multi-platinum hit of the biggest brother and sister rap duet ever in history titled “SPRINKLE ME,” and selling collectively over 20,000,000 units worldwide as a 30-year veteran. She was originally branded as a well-known national Rap Star from Vallejo, CA and coached as an executive and talent in her family record label (SWI Records), then later signed an enormous co-venture deal with Jive Records. "SUGA-T" Stevens paved the way for women in Hip Hop all over the world and recognized as Female Hip Hop Pioneer, honored by VH1 and Queen Latifah, who thrived in an industry where males are mostly favored.

Over the past 30-years, Suga-T has tremendously evolved and re-invented her brand as a multi-genre talent of Hip Hop, Jazz, Gospel, Rhythm, EDM to Blues, while becoming a social entrepreneur, TV Producer, SPEAKER, ACTRESS, AUTHOR, PERSONALITY and PRODUCER that's committed to being a better role model. “SUGA-T” Stevens also sacrificed her Entertainment career to go back to school accomplishing an AA, BA and MA, along with a variety of other certifications to assure that she utilized all of her talents and musical gifts. She specializes in helping others discover their sweet scent of success, just like she did during a domestic violence relationship, which lead her to starting a FRAGRANCE & WELLNESS SERVICE, that includes a Work Force Development element to serve women empowering them with tools to win against all odds.

I AM
Your Visionary Partner
Let me partner with you and help your vision come to past.  I look forward to meeting you where you are, while empowering you with the tools to reinvent yourself or brand, and explore what you can become. You deserve to BLENG...